The Children are the Future 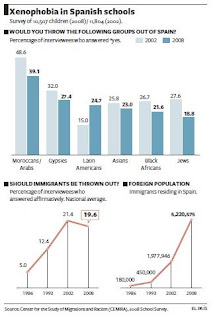 The good news is the Gypsies are no longer the most hated immigrant group in Spain among students aged 13 - 19 years old, according to a new survey by a Complutense University group written about in El Pais, now the Moroccans are the most hated.

The bad news is an average of about 20 percent of these enlightened young people think that pretty much all immigrants should be kicked out of Spain entirely - including the Asians and the Jews, although I think there are only about four Jews left in Spain, but still, they gotta go...

If we're only talking about the Moroccans, 40% of native Spanish students in 2008 think they must be kicked out of Spain. Wow! This is actually an improvement, in 2002 the figure was 48% of students who thought they should be sent packing.

How about the Latinos? They are brothers right? Same language, same religion, should they be allowed to stay? Nope. 25% of students said get rid of them. Nice! And this percentage is increasing.

They even write in the article that the results of the survey were so bad in 2002 and then again in 2004, that they did not dare to make them public. Well, that's one way of believing all is well, just don't talk about it.

I wonder what a year or two of the current bad economy will do to these figures? I'm thinking it could get ugly.
Posted by Carl at 7:19 AM 7 comments: 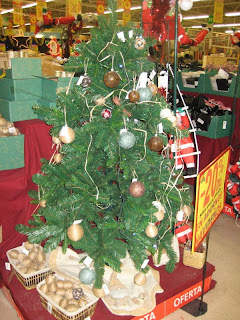 Would you buy this tree? This is almost criminal. How can you decorate a Christmas tree and make it look this bad?

I saw this tree display in a Madrid home improvement store. Granted, this one is really bad but even the one's I saw - that were much better than this one - just seemed to be missing a certain something. I'm not sure what it is exactly, maybe it's a delicacy, proportions of size of ornaments, tastefulness of lights, etc. I think Spain needs a few more years of the tradition to "get" the Christmas tree decoration gene.

On the other hand, something Madrid has been doing for a very long time (before anybody really had Christmas trees in Spain) is the holiday lights in the city. They do a great job on the lights. Even though they say they have been cutting back this year. 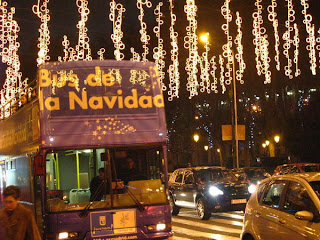 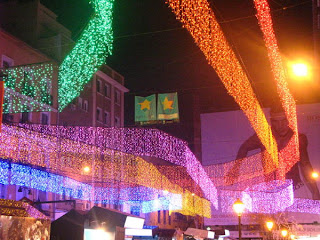 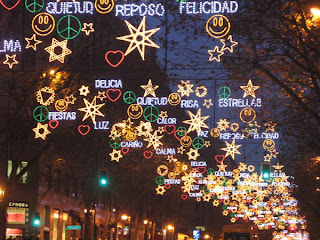 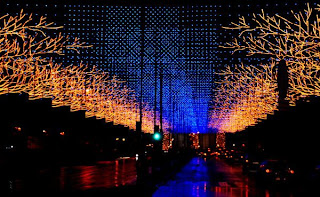 Well, not really. But there are at least two guys running around now in Madrid defacing the walls in Muelle's name - I assume as an homage. If you remember, I wrote about El Muelle here a while back. He was a young guy, a part time musician, and one of the first taggers in Madrid starting around 1985 but with a difference - he actually had some talent. All the rest, in my personal opinion, pretty much sucked, as they do now. The original Muelle, Juan Carlos Arguello, died young in 1995. 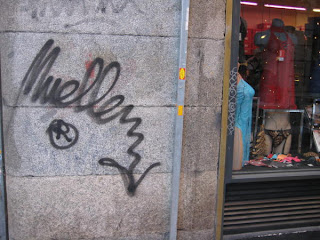 And a better one on c/ Relatores: 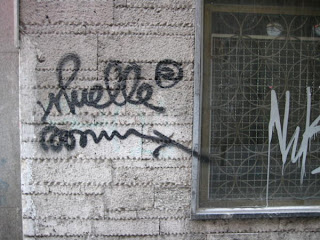 But none compare to the original: 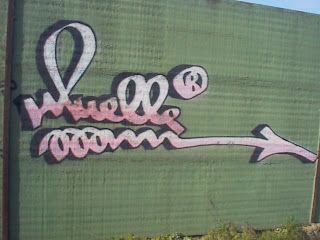