Does Anyone Know What This Means? 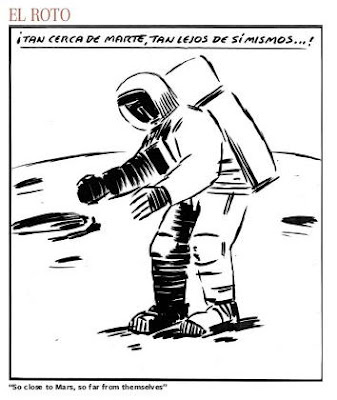 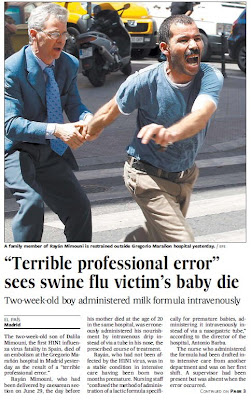 I have a friend in Madrid who was telling me a story about her mother who went into the hospital for a routine foot ailment - I don't know an ingrown toenail or something - she said that her mother got Hepatitis B in the hospital but it was no big deal this happened all the time. Naturally, being from the land of the lawyers, I was kind of shocked by this news and that no one was being sued.

Now this. This is really too much. This guy's wife had swine flu and went to the emergency room at least three times before they finally told her that Oh yeah, you have swine flu. By then it was too late - she died. What else? She was pregnant too. The good news? The baby was born healthy - no swine flu, the bad news? The nurse gave the premature baby milk formula intravenously instead of into the stomach through the nose - Result? Baby dead too.

I can't even begin to understand how this guy feels - but that picture gives me a clue.
Posted by Carl at 1:27 PM 7 comments: